‘Time is money’ and neither one of them should ever be wasted as far as I am concerned –so I’ll get straight to the point: working with people who you frankly can’t stand really sucks! During this article I will comprehensively demonstrate why it is always in your best interest to get along with difficult, uncooperative and downright repugnant people.

A very wise man once said: ‘Life is a simple thing made difficult by complicated people.’ Actually it was me…but let’s keep that our little secret! Why are some people such a monumental pain in the butt? You could go and ask them but the chances are their answers would simply annoy you even more – plus you (honestly) can’t stand talking to them anyway, so why bother?

So what are we to do?

This commerce driven world in which we live means that (for most decent people) paying for the things they want (like: housing, heating, food, transport, clothes, smart phones and such like) requires them to get a job. If a new system were invented that enabled people to get everything they need without ever sullying their minds with something as tedious as work – billions of people would retire to the comfort of their sofas: relieved that they never need to smile ever again at the ‘Workplace Tool’ (nearly every workplace has at least one, but often more!). Alas, no such Utopia has emerged and until it does, wages are only likely to be handed over to people who actually do the jobs to which the remuneration relates.

Here’s the primary problem: some people are simply awful human beings. You didn’t want to say it – so I said it for you! There are people you wouldn’t even acknowledge even existed unless ‘the job’ forced you to, so essentially you are compelled to ‘make nice’ on a regular basis just for the money…oh dear. If the salary is really good, more people are likely to want a well paid job: so competitive, spiteful, ruthless reprobates are also likely to infect your working environment. If the job does not pay particularly high wages, competitive, spiteful, ruthless reprobates are still quite likely to slip through the net: so now you are dealing with aggravation from wilfully unpleasant people – and earning crappy money whilst doing it!

Finding fault with imperfect people requires no real skill or intelligence – which is why so many people are so good at it.

So what is to be done? Firstly, deal with your own reality. I have no idea who first propagated the myth that people should get on…but don’t be so naive! People born of the same parentage, raised in the same home, educated at the same schools and provided with equal opportunities: still manage to develop very considerable levels of contempt for each other – so why should total strangers be denied their fundamental human right to live and work like complete imbeciles?

‘Expect the unexpected!’ Be prepared to be surprised at just how dreadful some people can be. “Why does insert name here) always tell lies?” What a daft question! People tell lies because it’s easier (you could add natural, faster, cheaper, more convenient or habitual) for them to remain true to their core instincts. But the other principle reason that people tell lies is because they are damned liars! That being the case, why do you bother getting upset every time people do precisely what they did the last time and most probably the time before that too?

“Why does (insert name here) always take the credit for my ideas” The answer is staring you right in the face – you are dealing with a person of poor character (some might call them a sad git, but we don’t use that kind of language here!) Why bother being shocked when people: who lack anything that even barely resembles integrity, show the fruits consistent with dishonest, attention seeking, thieving, lowlife: individuals who are about as desirable as severe bouts of flatulence in a space capsule? I think the central point here is firmly established: stop being shocked when people do exactly what they have previously done and what seems entirely normal – for them.

Does all of this mean that you should simply continue to suffer the journey to work through rain and storm for the dubious pleasure of facing one ‘Workplace Tool’ after another? In a word: yes. It doesn’t take any particular skill on your part to get the best from decent people, but there is much to commend you for if you discover how to achieve the required results (and sometimes more) from people that nobody else can stand the sight of.

Do you want to know a secret? Some of the most precious knowledge I have acquired during my life to-date, came directly from people who (on the face of it at least) lacked a single noteworthy attribute. Yet these deeply unpleasant folks knew stuff that was useful to me, so on a daily basis, I fought the urge to punch them in the face and instead, learned to revise my personal approach to dealing with them.

As a youngster, I watched enthralled as ‘Mr T’ from The A-Team TV series often bellowed: “Pity the fool!” Little did I know that I would now find myself espousing: “Pity The Tool!” I discovered that horrible people have problems too (yes I know: if they forsook ‘Toolery’ once and for all, many of their problems would disappear at a stroke!) I found that by adapting my own thinking and behaviour, I could gain invaluable access to these knowledgeable, but otherwise insufferable people.

Here’s your first bit of free advice (grab it while it lasts!):

If you ever find yourself working with intractable, uncompromising people who are unwilling to adapt – you do it instead. Adapting is not capitulating: adapting is irrefutable evidence of superior intelligence. The ‘Workplace Tool’ will almost certainly go to his or her grave: still a complete ‘Tool’ – but your job is to extract every ounce of value from them and then use it to your own advantage long after they have departed to ‘Tool Heaven.’

Proving that you can work well with dreadful people also proves that you are mature enough to see past what others are seemingly stumped by. Evidence that you have the flexibility to work with the good, the bad, but worst of all: the ugly – actually adds to your commercial worth because adaptable, mature and skilful people are in very short supply and therefore, far more valuable (not to mention virtually irreplaceable).

Rise above the scum (which shouldn’t be too hard for you). Show that you are a better person. Demonstrate your own qualities: especially with people who appear to have very little of their own. Anyone can be good to good people but it takes someone with a genuine grasp of ‘human excellence’ to be consistently good to undeserving people.

How you treat unpleasant people actually says rather more about you – than it says about them.

In conclusion, ‘Loving The Workmates You Hate!’ is all about being able to operate at a higher level than everyone else: not because of the money but simply because. The ‘Workplace Tool’ serves as a visceral warning to all others. People who are so categorised, demonstrate the consequences of living by standards that are self evidently too low.

Let the ‘Workplace Tool’ be a source of inspiration to you: tangible evidence of what not to do and how not to be. Their idiocy represents a rich source of free experiences for you (because you get to learn from what they refuse to see) and should help to ensure that whenever other people are talking about the much reviled ‘Workplace Tool’– they cannot possibly be talking about you. 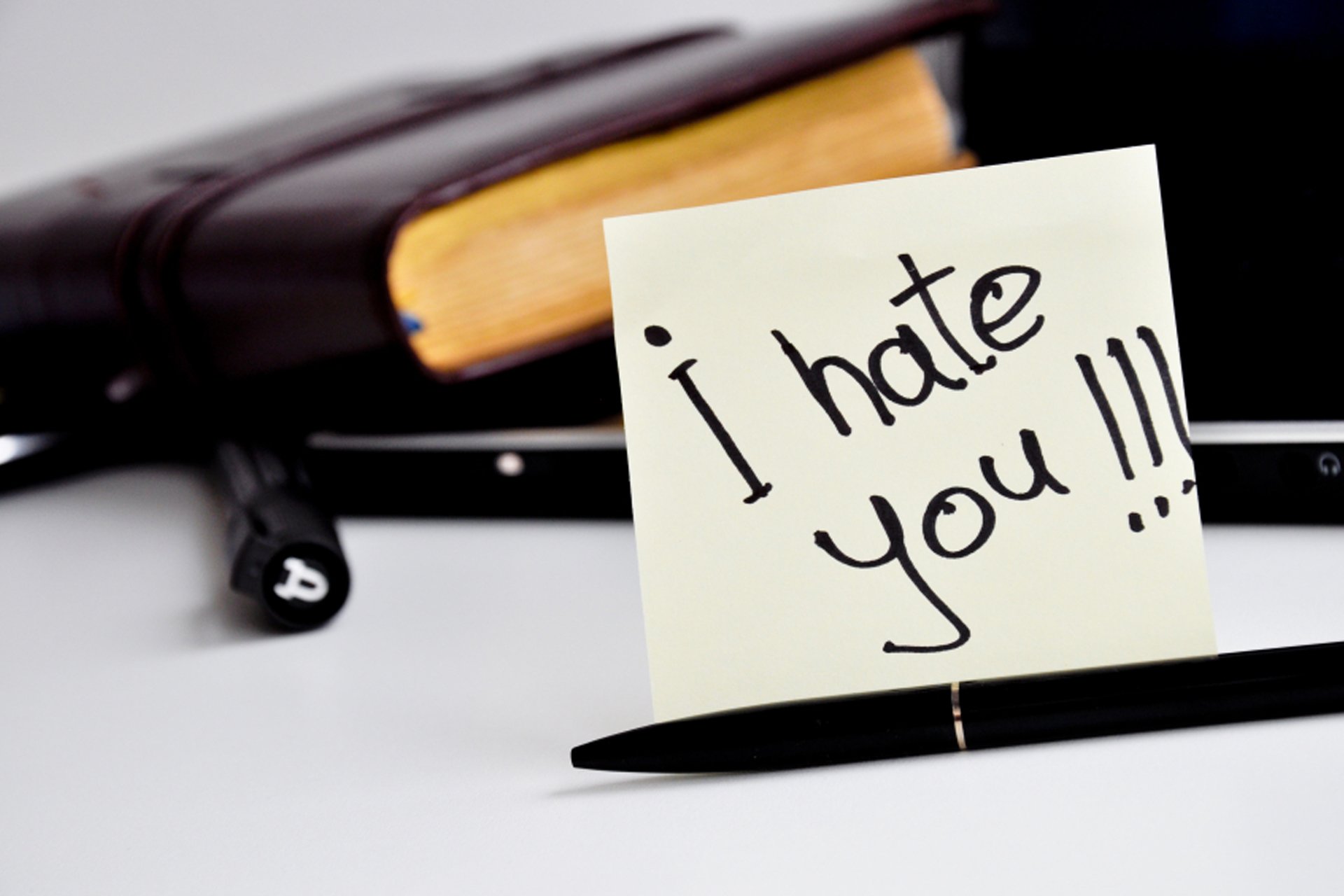